Galleries 48
Collections 0
Groups 0
Group C Racing from 1982 until 1992 was in my opinion the greatest form of Motorsport I ever saw! The cars looked great and best of all they were individuals. Not only did manufacturers cars look different they each sounded different.
With the addition of Jaguar popularity grew in the UK and thousands made their way to Le Mans as well as the smaller 1000km events.
1988 for me was incredible as Jaguar won Le Mans in front of tens of thousands of fans, but for me the pinnacle of Group C racing was 1989. If you get a chance to look at the start of the Le Mans race, count how many cars had the possibility of winning the race? Over half the grid!
Jaguar v Mercedes v Porsche v Nissan v Mazda v Toyota v Aston Martin v Peugeot v Lancia will we ever see the likes of it again? 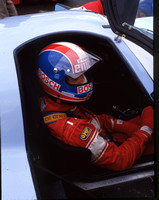 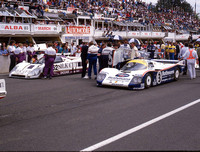